Sorry it has taken me so long to give an update. There was a part of me that took some time for myself, talk to family, and I more less wanted the date set before saying too much.
We had our Skype with Dr. Rekate, as always it's so nice to have a caring, compassionate doctor that wants to help. It was everything we thought would be said, along with a little bit of new information. Kaylie is very unstable in her cervical spine. There was a lot more details, like measurements, talks about her symptoms, but the bottom line is that he suggest a cervical fusion surgery for her. He said sooner rather than later, but could wait till school was out. Ben & I have thought about many different options, but think March would be best. Our thoughts on this is that we could pull her out of school for the rest of the year (about 3 months), when we return home from surgery she could be home bound schooling, time summer came, her summer wouldn't be ruined, and time mid-August, she would be able to start the new school year. With that March was decided on, and today we got hospital confirmation, March 11th.

The cervical fusion would involved her being fused from Occiput (bottom of skull) to C2. Something we learned during our Skype consult was that her C2 and C3 are naturally fused. This is actually called Klippel Feil Syndrome, but Kaylie has a very mild form of this syndrome. Nothing will be done to this… I have asked if it will have to be broke a part (while in her fusion surgery), but the answer was no. Kaylie will spend 5 days in the hospital, then a week at Ronald McDonald House, until we get the clear to travel home. Much like her first surgery. Speaking of her first surgery her decompression… it looks fantastic!!! Dr. Rekate was very happy with how everything has turned out with that part.
So this is a little bump in the road, we have always known this was a possibility… Dr. Rekate does think this fusion surgery will help her greatly. Her current symptoms are headaches again… mainly frontal, and on the right side. She also has been getting ear & eye pain, along with sometimes having blurriness in the eyes. She tries really hard to be in school, she loves school… and we are very fortunate that Kaylie & her siblings have a very understanding and supportive school. Kaylie also has a great school nurse!!
Before our Skype appointment, I got a copy of her attendance report… she had left early or missed the entire day of school over 29 times since school started. It is kind of like last time, she is just progressively getting worse, or the symptoms are getting worse & more frequent.

I have decided that I will keep her Facebook Page "Kaylie's Chiari" updated more… I think it will be easier, and better social media wise. So please follow us, "Like", and "Share" her page. We also have a "GoFundMe" account set up too. Ben & I have a really cool fundraiser planned, she is excited about it also… we will start that in January. Till then…. thank you for all your thoughts, prayers, good vibes, and your support. She is a strong little girl… she will get through this! 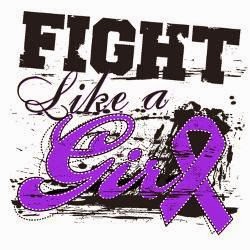